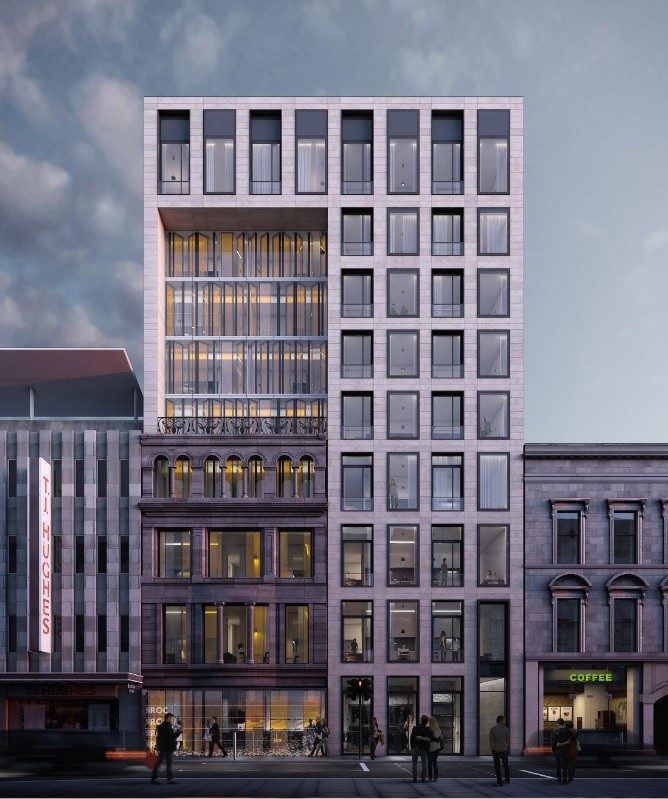 Granite House, a landmark building in the thriving Merchant Centre area of Glasgow City Centre continues to go from strength to strength after securing a further letting with the Clydesdale Bank.

The finance house, one of Scotland’s best known banks has expanded its operations at the building, taking an additional 18,000 sq ft on the second floor, bringing their total occupation to around 60,000 sq ft.

They have increased their staff numbers from 400 to around 600 and their decision to move to Granite House adds weight to a growing belief amongst industry experts that the area is now being seen as an important extension to the Central Business District and is increasingly contributing to the business community.

The deal itself took just three months from initial viewing to completion, and is a major boost for the Ambassador Group who acquired the building in May 2015. They refurbished the accommodation to a high standard and worked closely with Clydesdale Bank throughout the process to ensure aspirations and timescales were met.

“I am delighted Clydesdale Bank has expanded at Granite House. It is a significant agreement and adds to our already impressive list of tenants which include the likes of House of Fraser, Glasgow City Council, Ingeus and Buckingham Wealth. This activity continues to strengthen the building’s position as a key business location in Glasgow.”